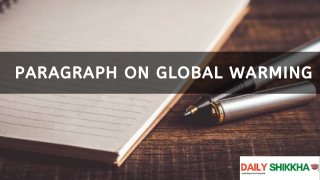 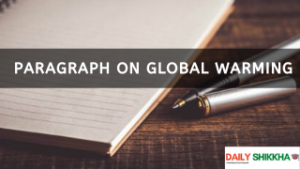 The environment refers to air, land in which people, animals, and plants live. These important elements of the earth are being got polluted. Global warming all over the world rise in the temperature of the earth’s surface. It has affected the environment and the whole atmosphere and has resulted in a huge level of climate change. A huge change in the earth’s climate system because of the global warming that is observed in the recent past years. The effects of increased global temperatures are melting ice, warmed continents, increasing sea level, seasonal changes, climate changes, changing precipitation, expansion of deserts in the subtropics regions, etc. Intergovernmental Panel on Climate Change (IPCC) has reported in 2014 that according to scientists, global warming is mostly a human being created the environmental issue. It is mainly caused by ever-increasing level of greenhouse gases on the earth. Impacts of global warming differ from region to region all over the world. The retreat of glaciers, sea ice, more frequent extreme weather events, heat waves, heavy rainfall and snowfall, droughts, floods, ocean acidification, species extinctions, etc. are some huge impacts of shifting temperature regimes. In order to reduce the effect of global warming, effective societal responses are needed to be implemented and followed urgently. In a word to bad a happier and heal the liver, we should prevent global warming.
Was this article helpful?
YesNo

1 thought on “Now write a paragraph on Global Warming”